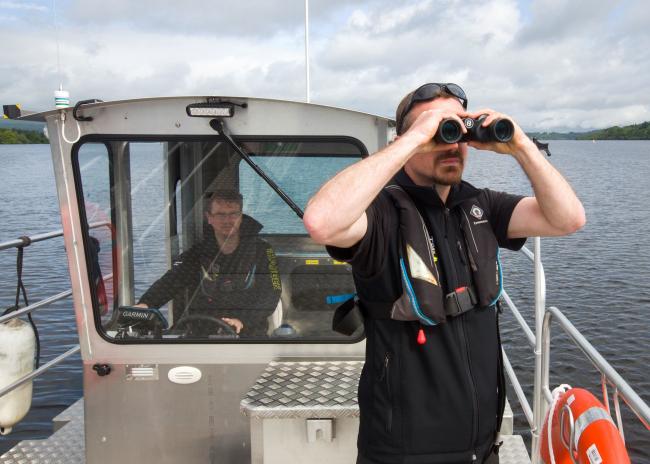 When delegates from across the world gather in Glasgow later this year, for the delayed U.N. COP26 climate summit, they need only look some twenty miles north to see how the world is changing.

And our latest all electric vessel should help get it there.

Rangers will be seen, not heard, in this new addition to the park’s fleet, designed and built by Water Witch in Liverpool, to service Loch Lomond. The custom-built 100% electric 8.0m maintenance boat is thought to be the first of its kind in the UK. It will be used as a general multi-purpose support vessel and to maintain hazard buoys across the Loch.

“I think it’s going to make quite a big difference, really, because the previous vessel we were using is a diesel boat. So obviously, there’s more pollutants with a boat like that,” says Park Ranger Matt Dale. “This boat is zero-pollution, really. So, I think it’ll be a lot better for us.”

The aluminium ‘Versi-Cat’ vessel is sustainably built from up to 75% recycled content and the hulls are 100% recyclable and she is equipped with a 12-kilowatt motor from on-water electric mobility leaders Torqeedo, allowing her to easily make the 7 knots required. The motor is powered by the most up to date and safest ‘intelligent’ Power48 lithium batteries on the market. The vessel’s electric controls feature a built-in GPS, an on-board computer and display for information such as speed and input power, state of charge and remaining range, and even an advance communication system that links user’s Bluetooth and App technology to the complete system.

Unlike the distinctive hum heard from traditional diesel boats, the Versi-Cat is almost silent as it glides through the water. Tests saw it sail the length of the Loch – some 20 miles – on a single charge. 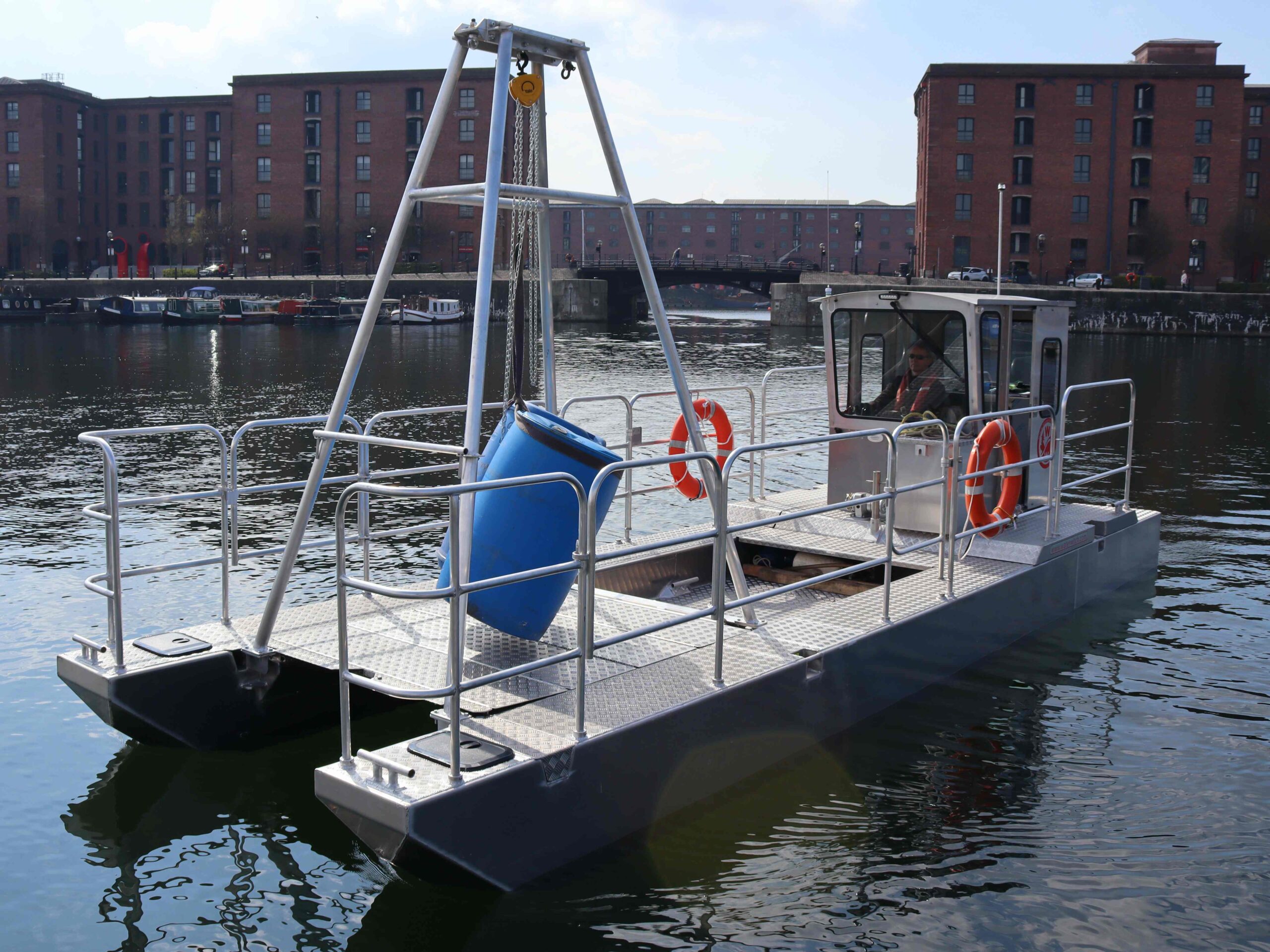 The workboat is fitted with a large work deck, recessed storage under deck, and a lifting frame for handling buoys using a pontoon configuration to provide a spacious and well-functioning work platform. With the lifting frame and electric windlass, the vessel is equipped to handle a variety of tasks: maintenance of installations, towing of boats, personnel transport, rescue missions, as well as the possibility to assist in oil spill operations.  A customized road trailer was also supplied to allow the vessel to be easily deployed to different sites, and the A frame is removable for transportation.

The Versi-Cat will operate in a large area, so both range and being environmentally friendly were important factors for the operator.  The speed and range requirements were easily met to cover the necessary distances.

Jackie Caddick, Director of Water Witch, says there has been a huge increase in enquiries for all electric vessels, with some existing owners even looking to upgrade their current vessels. “We’ve kept with the outboard configuration to make installation quick and cost effective and maintaining the ability to keep our hull configurations to a standard design, which reduces manufacturing time and costs. It also allows us to retrofit the fuel free, electric drive option easily. With over 85 of these vessels currently in service world-wide, we expect to see an increasing demand for the zero-emission option with clients looking to improve their carbon footprint.” 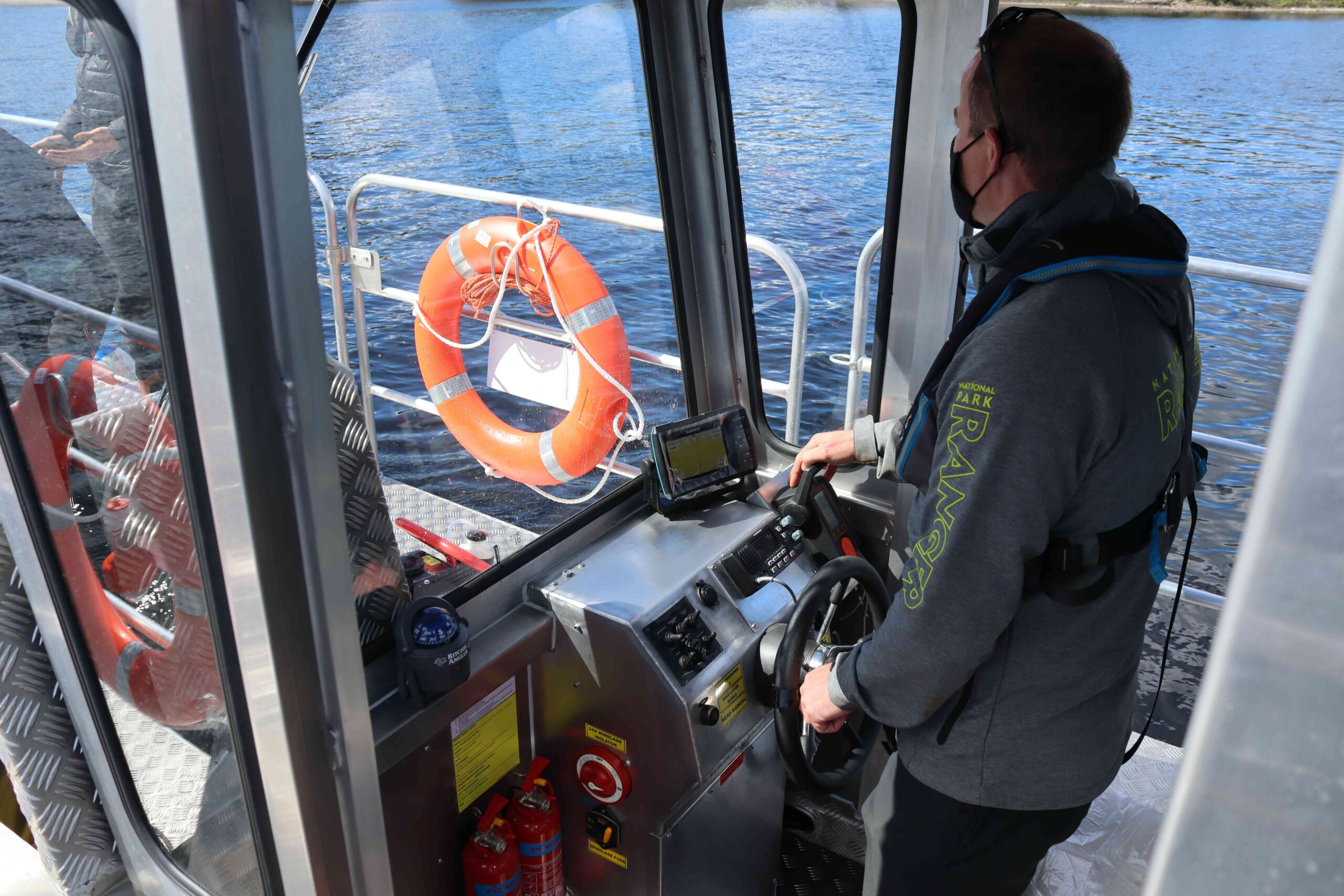 Electric propulsion is advancing fast, and by concentrating on building 100% electric systems (not just the motor but all on-board equipment) and from environmentally friendly, sustainable materials, we are able to offer a unique design that is a world first.

In March earlier this year, the Loch Lomond and Trossachs’s Park Authority set the ambitious goal of achieving net-zero emissions by 2030. They say greenhouse gas emissions have already been reduced by about 35 percent since 2014. Simon Jones, the Park’s Director of Environment, says about 40 to 45 percent of all the Park Authority’s emissions come from its transport, so reducing that is key to hitting their 2030 net-zero target. “We think as an organisation, so as a National Park Authority, we can do that within ten years,” he says. “We don’t have a huge carbon footprint ourself. We’ve already reduced our carbon footprint by about 35 percent over the past five or six years. So, we know we can do that if we give ourselves more time.”

With its trees, peatlands and deep loch, the Park itself is a huge sink for carbon. But Jones says climate change is already causing increased flood events, which cause land slides. Some species are being affected by changing weather patterns. Certain fish species rely on cooler water temperatures to breed. The Authority’s plans are part of a wider ambition for the entire park to achieve net-zero, that would include the about four million people that visit the area annually.

Find out more about Water Witch

Find out more about the latest vessel https://youtu.be/hT4TU7W6KoA